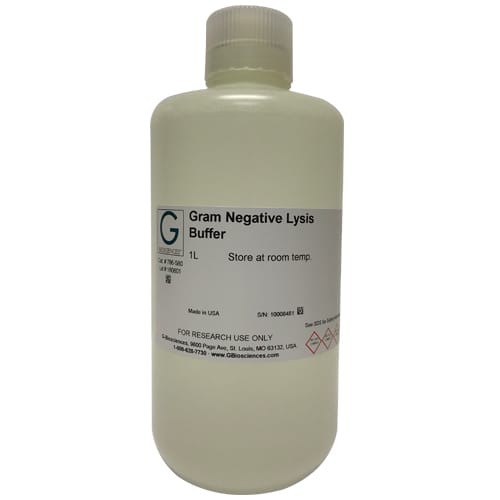 Gram-negative Lysis Buffer is an extraction buffer for soluble proteins from Gram-negative bacteria. It is a proprietary improvement on the lysozyme based lysis in combination with various salts and agents, which allows extraction of soluble proteins. Depending on the application, additional agents such as reducing agents, chelating agent, nuclease and protease inhibitors cocktail may be added into Gram-negative lysis buffer. This buffer has been tested for use with several widely used bacteria including E. coli strains.